What Is Marijuana Shatter? 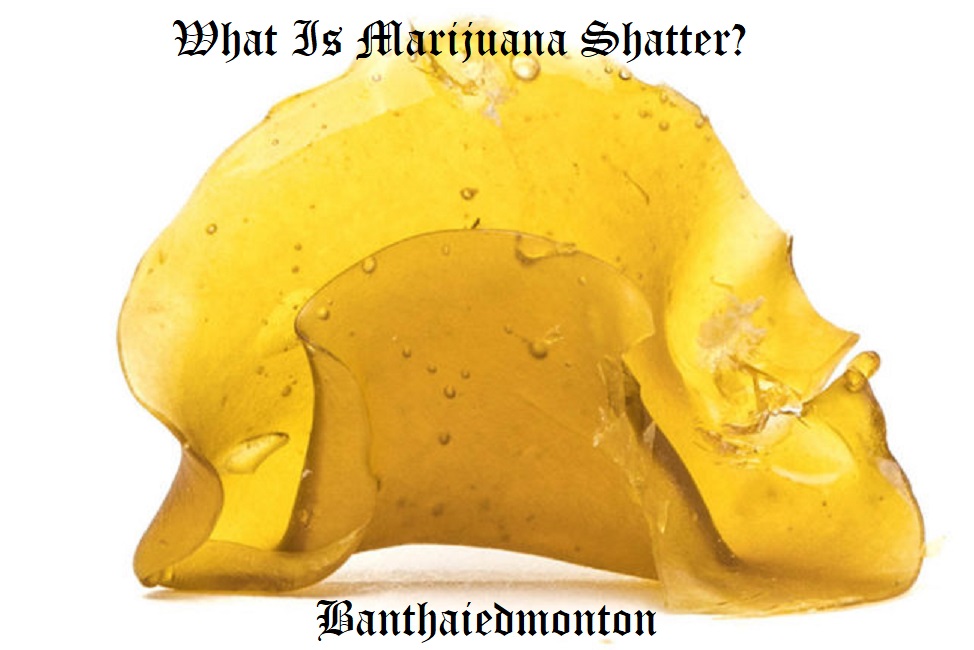 Shatter is a brittle, glass-like cannabis extract named for its breakability. It has a glassy appearance and tends to break, or shatter, like glass when snapped in two. Like other cannabis concentrates, shatter is a favorite among dabbing enthusiasts. Properly cured shatter comes from a careful and unrushed manufacturing process.

What is CBD shatter?

While shatter is most well known for its high levels of THC, many concentrate makers also produce a variety shatter that is high in cannabidiol (CBD) and very low in THC. In general, CBD shatter is geared primarily toward consumers who want the potential medicinal and therapeutic benefits of the cannabis plant without the intoxicating effects of THC.

Because CBD shatter contains a concentrated, potent dose of CBD, it can be an excellent option for medical marijuana patients and other consumers interested in the potential health and wellness benefits of the cannabinoids and terpenes in cannabis concentrates. Just be sure to purchase shatter that has been manufactured specifically to contain high levels of CBD and low levels of THC, as this will maximize any therapeutic effects of CBD while minimizing the intoxication of THC.

How is shatter made?

Shatter can be made using a variety of production methods, but it is typically created using butane or hydrocarbon solvents. Butane extracts are also called BHO, short for “butane hash oil.” To make BHO, cannabis is typically contained in a tube where butane or other hydrocarbons are pushed through the plant material, stripping away desirable compounds like THC and CBD. The concentrated oil is collected and may be further refined using additional techniques. “Purging,” for example, refers to the removal of excess residual solvents using a vacuum chamber, and “winterization” refers to the separation of fats and lipids from the oil.

Shatter and other types of BHO are extremely dangerous to make using at-home DIY setups due to the flammability of butane fumes. Attempts to make BHO in home environments have resulted in several accidental explosions. Professional-grade shatter is produced using safe closed-loop systems that prevent these fumes from entering the ambient environment.

Because smoking shatter doesn’t involve breathing in combusted plant material, the high generated by marijuana shatter is often described as “cleaner” than other inhaled methods of consumption. This cleaner and more consistent high is why many marijuana connoisseurs are switching to lab-manufactured concentrates. For cannabis consumers hoping to ingest large amounts of THC, shatter provides high concentrations of this and other cannabinoids. While a particularly potent strain of flower may have THC levels that run at around 25 to 30%, the THC content of shatter can be a staggering 80%.

In other words, shatter causes an intense high incredibly quickly. A single hit of high-THC shatter is more powerful than smoking an entire joint. This can create immediate intoxication, couch-lock, dry mouth, and a feeling of heaviness and relaxation.

A main benefit of dabbing shatter is that it offers an incredibly fast method for cannabinoids to enter the bloodstream, offering near instantaneous effects. Due to the increased potency of cannabis extracts, users are also able to take on a “less is more” approach in using their cannabis.

Dabbing shatter means you no longer need to inhale large amounts of burning plant material to get the effects you want. That is a good thing. Rather than smoking entire joints and exposing your lungs to harmful chemicals in the smoke, consumers can dab once or twice to get their cannabinoids, inhaling only vapor – not smoke.

Shatter is also more stable due to its molecular structure, so it will last longer before degrading compared to wax and other similar extracts. However, some users find the hard consistency difficult to break up and measure out into individual uses. Try lightly heating your dabber before using it to break off a dab from your shatter.

What are the side effects of shatter?

As shatter and other marijuana concentrates have significant THC levels, it’s important to be mindful of the potential adverse effects that may come from consuming cannabis this way. Though THC may have some medical and therapeutic uses, overconsumption could cause unpleasant experiences, such as anxiety and paranoia. If you’re new to these substances, start with the smallest viable dab and gradually increase your dose to avoid these unwanted side effects.

Difference between shatter and wax

Shatter refers to cannabis extracts that take on a hard, glassy form while waxes are softer and more malleable. The difference between shatter and wax is primarily a superficial one: it’s merely a cosmetic difference caused by a difference in molecular agitation. Shatter maintains its glass-like consistency because the molecules in the extract were left undisturbed during processing, whereas the molecules in wax were agitated.

The level of transparency achieved in the production process does not reflect the potency of the extract. In other words, shatter is not necessarily higher in THC than wax, and vice versa. To determine the potency and chemical composition of any given extract, refer to the lab results of individual products at your local dispensary.

One practical difference between shatter and wax has to do with ease of use. Wax is softer and sometimes easier to handle using dabbing tools like scoops. Because shatter tends to crack apart into unpredictably sized pieces when broken, you may find that it’s a little harder to scoop and dose the correct sized dab.

From pull-and-snap to crumble, wax, and shatter, smoking dabs requires a dab pen, a dab rig, or a water pipe modified for the purpose of dabbing.

Because dab pens are small, discrete, and inexpensive, they’re accessible to most who would like to try concentrates. One of the big problems with vaporizers, however, is that with underpowered heating elements and puny batteries, they often don’t get the concentrates hot enough. This can affect the size of each hit, as well as the overall flavor of the smoke.

The most popular way to smoke shatter, wax, and other concentrates is dabbing. This requires a dab rig, a specialized device with a  metal “nail” or glass banger attached to a water pipe.

Smoking shatter marijuana concentrates requires a source of intense heat to vaporize the material. Many people like to use a handheld torch to heat up the nail where the dab will be placed. Electric nails, or e-nails, eliminate the need for an open flame (and cut down on the risk of burns and fire).

First-time dabbers tend to take a hit and hold in the smoke the way they would for a bong or joint hit. This isn’t necessary for dab hits, though, and will cause lung irritation. The best method is to exhale before taking a hit and then inhaling the smoke before blowing it right back out again. Smaller inhalations work best for those who are prone to coughing.

You can find out about Cannabis-Infused Caramel here!