What Is Cannabis Sauce 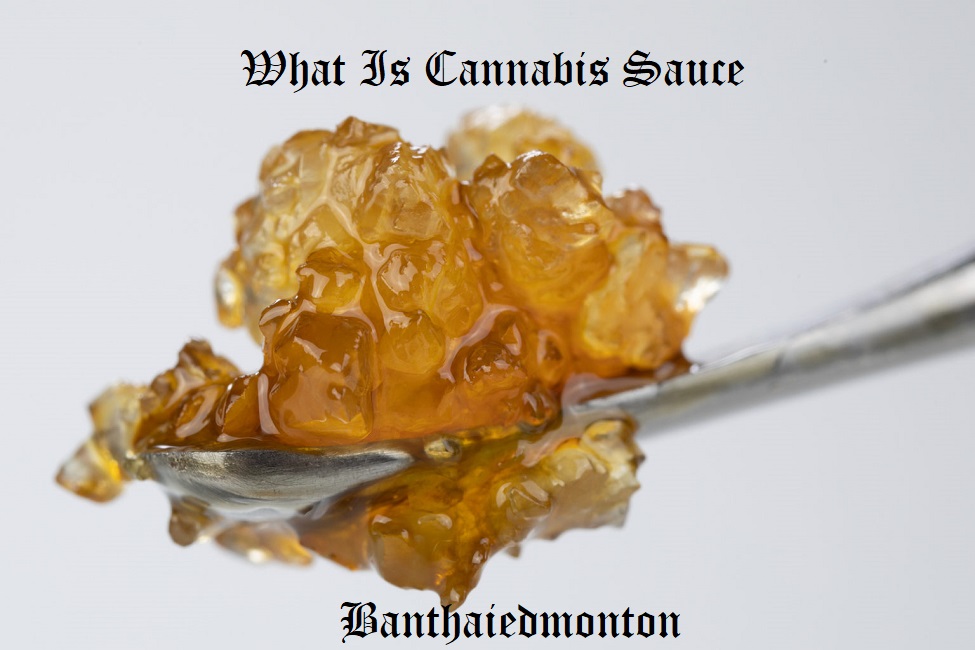 A cannabis extract with a sticky, liquid consistency. Sauce extractions contain high levels of terpenes and are typically the most flavorful of extracts. Sauce is typically produced utilizing a closed loop system and allowing the resulting solution to settle under various pressures and temperatures. This environment promotes the natural separation of the major cannabinoids from the terpene-rich portion.

You can find out What is Rick Simpson Oil and How to Make Cannabis Tea here!

­Sauce is the most common term for an extract that has a non-uniform texture and high amounts of terpenes. Terms like shatter, badder, crumble, sugar, oil, and sauce refer to the appearance, texture, color, and malleability of the concentrate, not the quality. Sauce is no different; the term is primarily used to describe its unique appearance that, from thinness to thickness, usually takes the form of a juice or marmalade. Some sauce has separated consistencies like large diamonds floating in translucent golden syrup. Other variations have a gritty, texture similar to unfiltered honey.

THE DIVERSE WORLD OF CANNABIS CONCENTRATES

Cannabis concentrates are exactly as they sound. They’re homogeneous masses of the active constituents within the cannabis plant. This gives them an appeal over raw flowers in terms of purity, quality, and potency. Concentrates and extracts are largely the same, but differ in one key area. All extracts are concentrates, in that they feature high concentrations of cannabinoids and/or terpenes. However, not all concentrates are extracts. This is because extracts use solvents to dissolve the desired substances into a solution.

Modern technology has given rise to a host of different concentrates that outweigh these traditional options when it comes to potency. These include solvent concentrates such as shatter, CO₂ oil, butane hash oil (BHO), Rick Simpson oil (RSO), and live resin. Some of the most popular solventless extracts include rosin, distillate, and bubble hash.

HOW IS TERP SAUCE MADE?

To begin with, a high-quality strain is required. The more THCA and terpenes present in the starting material, the better the end product will be.

The extract then needs to be lightly purged with gentle heat to off-gas the majority of the solvent. Next, the extract is poured into a mason jar while still viscous. Jars are stored in an environment slightly above room temperature.

Pressure will start to build in the jars, and THCA crystals will start to form. These heavy objects sink to the bottom of the jar, while the terpenes rise and begin to form a gooey layer of soup at the top. This process takes around 2–3 weeks.

The terpenes and crystals are then separated and purged. The terps are purged for around 60 hours, and the crystals for 72 hours. Once all the solvent has been removed, the crystals and terps and reunited and packed into UV-proof containers. The end result is a sauce rich in terpenes with a cannabinoid content of anywhere between 30–50%.

Those who are used to conventional methods of smoking may not be familiar with the kinds of dab rigs on the market. Dab rigs are another way that users can get a hit. Rather than using traditional herbs and nuggets that are the distinction of most cannabis strains like Blue Haze or Hawaiian Punch, many users feel they get more from cannabis by utilizing extracts.

A dab rig is a specialized piece that includes several different parts. Don’t mistake a bong for dab rig, even though they do look very similar. However, dab rigs are often a bit smaller than bongs. Dab rigs are connected to a nail for heating and a “bowl” that holds the extract or concentrate. The biggest difference between bongs and dab rigs is that dab rigs are the best tool to use for concentrates and extracts.

Dab rigs are typically made smaller as the small size makes for less drag and the steam given off can travel to the lungs more efficiently. Dab rigs are also typified by “joints.” These joints are usually labeled “male” or “female”. Other parts include:

Stem: This is the part that moves the vapor from the extract that has been heated from the nail through the water chamber and into the mouthpiece for a hit. Some dab rigs include an “ice pinch” so that users can add ice and cool the vapor.

Water Chamber: The water chamber is where users add water. The stem is usually smaller than the chamber and many water chambers contain a percolator as well. The percolator contains holes that produce a series of bubbles when vapor moves across the chamber. This exposes the vapor to more surface area.

Torch: The torch is a small torch that is typically fueled by propane. It is used to heat the nail on a dab rig.

Nail: The nail is the area that is heated that will turn the extract or concentrate into vapor for consumption. It typically features a flat surface and walls that have a hole. Many nails on the market contain any number of materials, including quartz or ceramic.

There are many kinds of rigs on the market, and there is no one size fits all. Finding the rig that works for you requires users to think about their unique needs, goals, and budget. Users must also think about how they will use their rigs.

Will you be home when you dab; could you use an extensive set-up? Or do you travel frequently and need something more portable? Whatever a user’s situation, these things must be thought out before purchasing.

Why Terpenes in THC Sauce are Great for Dabbing

Terpenes are unsaturated hydrocarbons that are found in the essential oils of all kinds of plants that we eat and use every day. In fact, if you love the smell of oranges or have tried to clean with something pine scented, you’ve been introduced to the power of terpenes. Cannabis also contains terpenes and these compounds give strains their distinctive smells.

Terpenes may be responsible for alleviating pain, helping to boost immune systems, and also may have antimicrobial and antifungal effects. Studies are beginning to demonstrate how they may support bodily systems and day-to-day functions.

The FDA has recognized the benefits and safety of terpenes and they appear in many of the foods we cook and eat. Terpenes are a naturally occurring compound that is often added to many other products we use daily, including perfumes and cleaners.

If you’re curious to know what hydrocarbons are, they are organic compounds that contain both hydrogen and carbon. They are produced in the waxy resin of trichomes of the cannabis plant (usually female) and include several different types of terpenes.

Terpenes enhance and support THC through a process called the “Entourage Effect.” The entourage effect was first discovered by researchers S. Ben-Shabat and Raphael Mechoulam in 1998. They studied the ways the endocannabinoid system or ECS worked alongside a plethora of molecules and compounds including terpenes.

The ECS is responsible for regulating our day-to-day biological functions, including memory, movement, and pain. The ECS functions primarily in the nervous system and the brain. Particular phytochemicals, along with terpenes, may provide many different benefits, including improving the absorption of THC and other materials across the blood-brain barrier.

You can find out How to make marijuana ice cream here!