How to Make Weed Beer 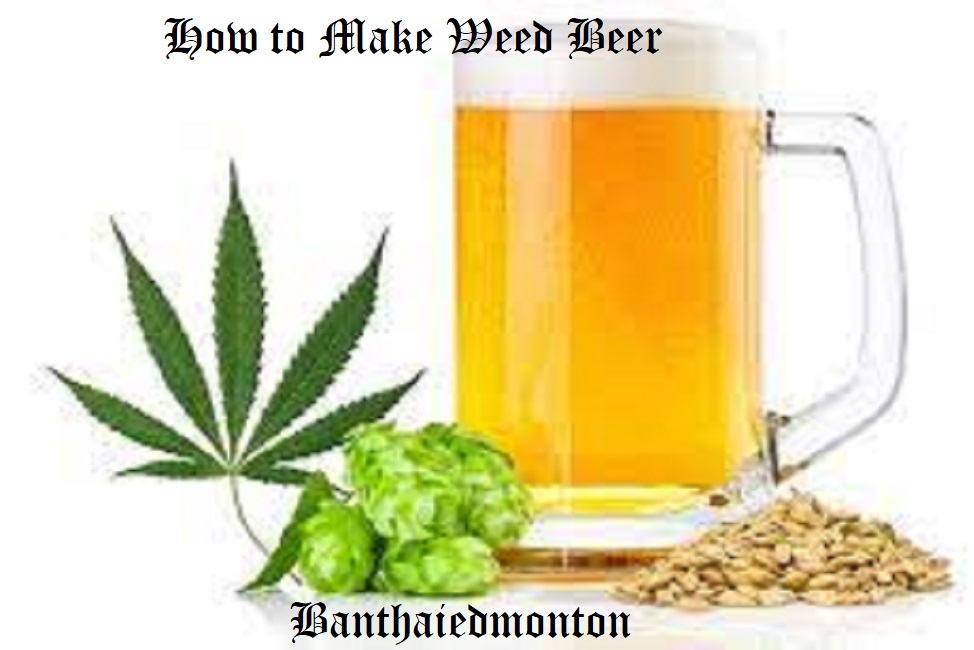 Cannabis beer, or “cannabeer”, is a modern fusion of the two worlds of cannabis and alcohol. If you’re at all familiar with botany and taxonomy, then the reason for this is obvious. Botanically, cannabis and hops are closely related, and botanists and taxonomists alike believe that these two plants share a common ancestor.

This relationship between the two has begun to spark interest in the cannabis enthusiast who also likes a home brewed beer. From this interest, cannabis beer was spawned and it’s now becoming a trend all over the world.

Why brew a beer infused with cannabis?

There are plenty of reasons you might want to do it—novelty, an aversion to other consumption methods of cannabis (for nonsmokers), self-medication, or the challenge of trying something new and pushing boundaries in the use of a less-understood brewing ingredient. No matter what your reason, the wave of legalization and decriminalization of cannabis for both medical and recreational use in the United States, Canada, and more has led to a rise in interest in brewing with the close cousin of hops.

What style to brew?

Most cannabis strains have a pungent aroma and need a beer with various strong components—body, aroma, alcohol—that allow you as the brewer to balance those flavor and aroma contributions. As such, a New England–style Double IPA recipe is a great match with the use of marijuana in the dry-hopping process.

Use one of your favorite double IPA recipes. Cannabis is alcohol soluble at an ABV of 8 percent or higher, so stick with the double IPA over a lighter single IPA—the higher the alcohol content, the better the THC extraction, and with high-quality recreational marijuana from a legal dispensary running roughly fifteen times more expensive than an equivalent amount of hops from a homebrew store, extraction efficiency is definitely an important concern.

HOW TO PREPARE YOUR CANNABIS

Established and practiced brewers have their own techniques and timing. However, it is still necessary to prepare the cannabis separately.

The first thing? Remove the “impurities,” if not toxins from your bud. Soak the cannabis you plan to use in filtered water. This will remove natural impurities. It will also wash away other undesirable substances that cling to the leaves.

The question of when to add the cannabis to the concoction is a matter of some debate. When adding cannabis to the wort as it is boiling, you might lose terpenes in the process. Some believe that only dried bud should be added to the cooled wort. This is a matter of experimentation and individual taste. However, when brewing a strain containing THC, remember that just the right amount of heat and time is required to decarboxylate or “activate” the THC. Too much or too little heat will render the cannabis less effective.

Hops, which is a major part of the process of brewing beer, is one of the closest cousins to marijuana in the plant world. It only makes sense that we enhance this delicious beverage the right way by bringing family together again by making weed beer!

To put it in terms which are easy to grasp you need a starch (like barley or another grain) which will be changed into ‘wort’ which is a sugary. The wort is then put through the fermentation process until all or part of the wort becomes alcohol. Yeast is needed in order for the process of fermentation to happen because the enzymes yeast contains are what convert the sugar to booze.

Hops in its natural state has an aroma and flavor which have long been compared to that of pot. Hops is used in the beer brewing process to enrich the beer’s flavor, but it also provides stability to the brewing process itself. While other items can and have been used hops is the most common, popular choice. Hops also possess antibacterial characteristics which let the yeast do its job freely, and beer made with hops doesn’t go bad as quickly either.

Pot and hops have a lot in common, one specific trait being that both plants separate and develop into male and female plants. Since the presence of seeds is undesirable in most all cases when it comes to the use of either plant, the female plant is the one used in making beer among other things. While a number of various agents can be used for flavoring and stability, hops is the most well-known and used, but cannabis does an incredible job.

If you are already a brewer making pot beer is an easy proposition. When proceeding through your beer-brewing steps you are going to replace the hops with your marijuana. Active home-brewers have different advice and perspectives regarding the addition of the weed to the brewing process since different styles and methodology vary from brewer to brewer. Over the years many have tinkered with trying to accomplish the perfect recipe and the result have been varied the world over. Below are some suggestions regarding the actual addition of the pot to the brew and when the right time to do that may be:

Most brewers agree on this point. There are going to be substances naturally found in marijuana which are less than desirable, and then there will be outside toxins which have cleaved to the plant. Soaking will loosen and dissipate much of these.

While there are brewers who claim this robs the needed terpenes from the plant but others stand by adding your pot as soon as the wort is taken off the heat because you get the most THC and the best flavor.

This is referred to in traditional beer-brewing as ‘dry-hopping’ and may will provide even better flavor, some say.

While there are different methods of brewing pot beer brewers seem to agree that the weed should only be added once fermentation is completely finished. This ensures that the sugars have all been successfully converted to the ethanol alcohol which is the goal. While you can find a number of delicious weed beer products, if you are a home brewer who enjoys using weed creatively take advantage of this opportunity to perfect the perfect pot potable by experimenting and developing your own individual and uniquely flavored beverage today!

You can find out about Cannabis Coffee: How To Add THC To Your Coffee here!