Cannabutter Tips You Need to Know 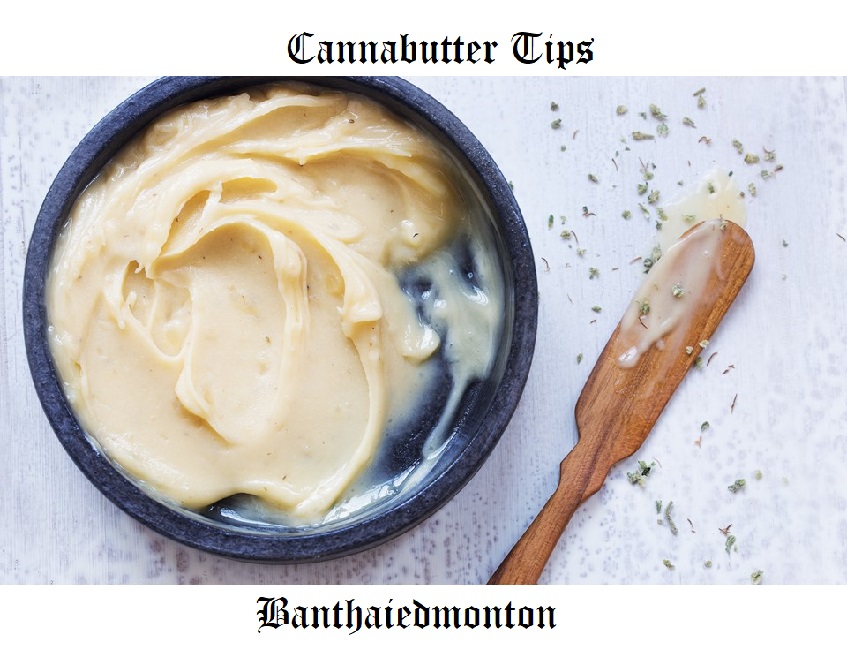 Hemp is a game changer for the nationwide U.S. food industry, appealing to business owners, executive chefs and all those in the foodservice industry. Getting on board by cultivating cannabutter is a great way to break into this lucrative market. Here are some tips you need to know about cannabutter.

You can find out How To Make Cannabis Infused Vodka here!

Cannabis is the fastest growing industry in America. The new topic on every chef’s mind is the concept of marijuana food.

Marijuana restaurants and public eateries in both Canada and the U.S. are being sought after, and professional chefs are already learning how to use cannabis cooking oil and cannabutter.

Attitudes towards marijuana differ in the country and among states. However, our nation is progressing in both conservative and liberal perspectives about the herb.

Even red states historically known as part of the Bible-belt have voted to jump on the bandwagon of change. The people have spoken with chads of legislation for medical marijuana and recreational marijuana.

Considering whether it’s time for your piece of real estate to enter the cannabis market takes a knowledge of the area you service.

2. How You Can Use Cannabutter

Cannabutter is the perfect way to edge into the tetrahydrocannabinol (THC) trend because it goes anywhere butter goes. Cooking with butter is an easily controlled and potentially far-reaching way to infuse recipes and upgrade pan cooking.

Basically, anything you would use butter in, you can use cannabutter in. Any recipe calling for butter can be adapted simply by substituting in cannabutter.

You cannot make cannabutter with raw cannabis. Putting raw cannabis in recipes will not allow the range of plant cannabinoids to bind to fat.

When you prepare marijuana foods, it is important to activate the cannabinoids. Otherwise, your recipes will be rendered flat, lacking the desirable buzz and not true edibles.

The first thing chefs must do is to decarboxylate the buds. This process activates THC and cannabidiol (CBD).

Tetrahydrocannabinolic acid (THCA) is the anti-inflammatory, neuroprotective and non-psychoactive components naturally found in marijuana. Activating THCA with heat decarboxylates the flower and turns it into THC, the primary psychoactive ingredient in marijuana.

Decarboxylation: The process of activating THCA with heat and turning it into THC.

Decarboxylation is as easy as grinding the flower coarsely and roasting it in the oven. Cooking at too high a temperature can compromise the integrity of the cannabinoids, so an hour at 210-220 degrees is recommended.

After the herb is decarboxylated, the butter must be melted together with the herb.

Crockpots and slow cookers are an excellent choice for cooking cannabutter. Cannabutter requires a slow steady temperature for an extended period of time.

Other options for cooking cannabutter are:

After cooking the butter and scraping off the coagulated top layer, you should have attained the look of nice healthy popcorn butter.

Use high quality organic butter to avoid impurities. Traditional recipes often call for unsalted butter; alternatively, you could use salted butter for a higher smoke point.

There are two things to look for in choosing or making cannabutter, whether it has been clarified and emulsified.

Tips on what to look for include:

To achieve clarity, the cooked product is best gently filtered with cheesecloth. The cook should let gravity do the work and not squeeze the cheesecloth. Patient straining will allow the best oil to pour through and avoid too much plant materials seeping into the mixture.

Some sources recommend using an emulsifier so there is no uneven distribution. Emulsifiers work best in powder form. The best choices for emulsifiers are:

Evenness is important especially when working in mass supply. You don’t want butter settling in one place and hemp in another.

For years, I prepared my homemade cannabis edibles with the same process, blind to the small mistakes I was making along the way. Yes, I achieved a product that would do the job (sometimes too well), but I had no idea that I could improve the flavor and consistency all while conserving time, money, and product by tweaking just a few steps along the way. All it took was putting the cooking utensils down for a few hours and listening to a pro.

A few months back, I attended the Puff, Pass & Bake class led by Chef Torrin Panico, who led us through the process of cooking cannabis oil properly while addressing some common missteps along the way. As soon as I understood the basic science of decarboxylation and infusion, I saw all of the flaws in my own process.

There isn’t one right way to make quality cannabis edibles; experimentation, trial, and error are all a part of the craft. But consider these cooking tips and see if it changes your batch for the better.

Spending too much money on flower for cannabis edibles

I hear plenty of tragic tales of people throwing a half ounce of cannabis into a slow cooker thinking that’s how much cannabis it takes to make a cup of infused butter. Remember this ratio instead:

Lipids in the oil can only bind with so many cannabinoids, so exceeding this ratio is, by some standards, wasteful.

Buying less cannabis is one way to save money, but if you’d like to save even more, consider infusing your oil with cannabis stems, trim, or with cannabis flower that’s been vaporized (called “ABV,” or “already been vaped” cannabis).

Before cooking with cannabis, you must decarboxylate it. First, let’s be clear: don’t just throw unactivated, raw flower into your batter or dish. Not only will it taste bad, it won’t allow the cannabinoids to fully activate and bind to lipids. That means you won’t feel much of anything and will have only succeeded in wasting precious cannabis.

Many people know to decarboxylate cannabis in the oven first, but it’s worth noting here for anyone who doesn’t know or doesn’t see the point in doing so. You can skip this step and add your raw cannabis to the slow cooker to decarb in the oil, but you might find that this longer oil soak simply worsens the taste of your cannabis oil. It’s also more difficult to control the temperature in a slow cooker and you risk burning off essential cannabinoids, but in an oven, you can set the temperature low and keep it steady.

Heating and decarbing at the wrong temperatures

Solution: Know how hot and how long to heat your cannabis and cannabutter

Not only is it crucial to decarboxylate your cannabis before cooking with it, you have to decarboxylate it correctly. That means setting your oven to the right temperature, letting it heat for long enough, and mixing it to activate the most surface area. Generally speaking, you want to:

If you’re tight on time, you can set the oven to 300°F (150°C) and cook for 10 to 18 minutes, stirring every five minutes–but the low-and-slow method is always best when dealing with delicate cannabinoids.

When steeping the ground cannabis in oil, try to maintain a temperature between  160-200°F (low or medium on a slow cooker). Use a thermometer to check the temperature and let it cook for about three hours with the cover removed.

Grinding your cannabis into powder

Solution: Use a hand grinder for a more coarse grind

Ever wonder why your edibles have a strong grassy flavor? The grind of your cannabis might be too fine. Pulverizing your cannabis with a food processor or a coffee grinder until it’s a powder will:

Once your cannabis has decarboxylated in the oven, grind it coarsely with a hand grinder. Cannabinoids readily bind to the oil’s fats, and a coarse grind will allow it to effectively absorb without pulling in unwanted plant material.