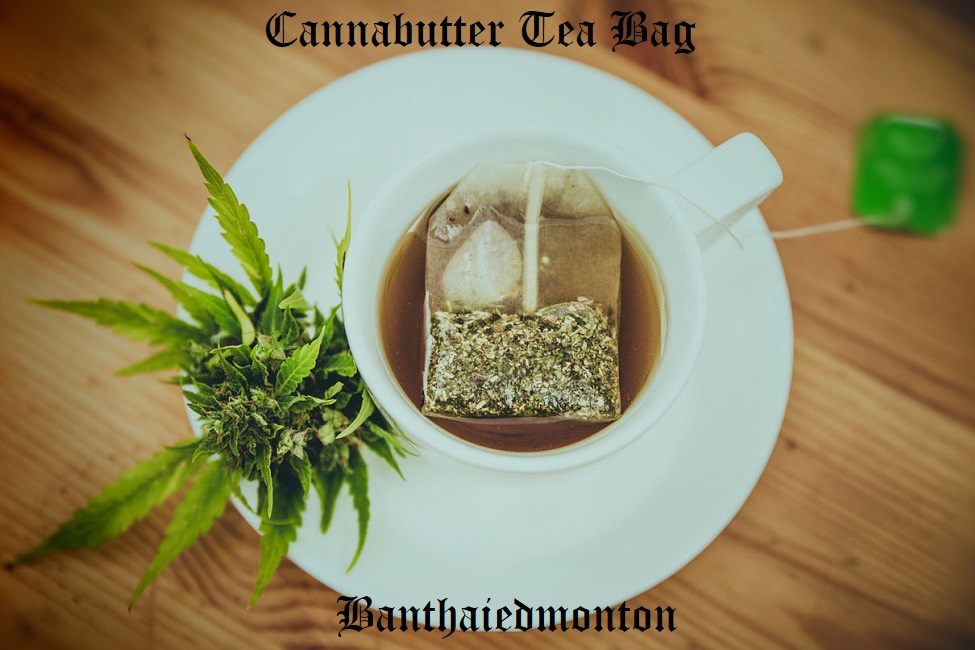 Weed Tea History From Around The World

Weed tea is one of the world’s oldest medicines. In fact, there is a mountain of proof that cannabis has been used medicinally for thousands of years across huge geographical areas.

Cannabis itself is found all over neolithic Chinese archaeological sites. That means it was already in use in one form or another between 10,000 and 2,000 B.C.!

The mythical Chinese sage emperor Shennong, who was said to have taught the Chinese agriculture and medicine nearly 5,000 years ago, is rumored to have first discovered the myriad textile, psychoactive, and health benefits of the hemp plant.

We say “rumored” because records from this time are sparse and unreliable. For all we know, the cannabis plant was a gift from the same aliens who built the pyramids and drew the lines at Nazca.

So though the origins of cannabis use are forever lost to the ravages of time, the concept of tea, or “cha,” is much more well-known. Here’s the generally-agreed-upon story: Tea was discovered by Emperor Shennong, who had his servants routinely boil his drinking water to make it safer to consume. A servant supposedly didn’t notice a leaf fall into the emperor’s boiling water, and Shennong himself allegedly didn’t notice that his water had turned brown until he discovered how refreshing the new drink was.

After that, Shennong became obsessed with tea. He eventually grew to be known for studying the properties of many plants, boiling them into teas, and experimenting with them on himself. Shennong’s cannabis tea was likely made from a combination of leaves and buds and recommended in the Pen Ts’ao Ching pharmacopeia for more than 100 afflictions, such as gout, rheumatism, malaria, and absentmindedness.

Unfortunately, Shennong died from eating the flower of a yellow weed that ruptured his intestines before he had time to swallow an antidotal tea. Despite this rather miserable death, Shennong is revered and worshiped as a medicine king in China for having sacrificed his life for humanity.

There are several ancient documents recording the fact that cannabis was used medicinally thousands of years ago in what is now Egypt. A document known as the Ebers Papyrus, written around 1500 BCE, describes cannabis being used as a suppository to treat hemorrhoids. That’s not our favorite way to consume cannabis but, hey, whatever floats your boat. No judgment here.

Medical cannabis is mentioned in several other ancient Egyptian documents, including the Ramesseum III Papyrus (from c. 1700 BC), the Berlin Papyrus (c. 1300 BC) and the Chester Beatty Medical Papyrus (c. 1300 BC). These records all prove that cannabis was used as a medical treatment for various maladies, from glaucoma and inflammation to reducing the swelling of an inflamed uterus.

The Chemistry of Cannabis Tea

When it comes to making weed tea, at first glance it can be a bit daunting, frustrating, and unsatisfying if you don’t understand a few cannabis chemistry fundamentals.

THCA, however, is non-psychoactive, which means that it cannot get you high. Similarly, CBDA is much less medicinal than CBD, which means that it won’t relieve the symptoms for which you take it. Ingesting any part of a live cannabis plant will only get you the THCA and the CBDA and will not have the same effect as the product you buy at your local dispensary.

So how does cannabis go from a non-psychoactive, non-medicinal plant to the psychoactive, medicinal powerhouse that we know and love? Good question. Here’s the answer.

When the cannabis plant is harvested and begins to dry out, THCA and CBDA slowly convert to their non-acidic counterparts, THC and CBD (remember, the “A” in THCA and CBDA stands for acid). But this conversion is only partial. You won’t get all the cannabinoid goodness possible if you just let the plant dry out naturally.

To really maximize the effects, you need to add heat (decarboxylate). That bud you smoke, it’s been dried using low heat to continue the THCA-to-THC conversion. The full release, though, comes when you add a flame into the mix. This high temperature converts the majority of the THCA (and CBDA) into the stuff that makes you feel better. But you don’t just have to burn it to get the benefits.

Psychoactive THC and CBD can be dissolved without losing their medicinal qualities. These cannabinoids can be dissolved in water, alcohol, butter (we’ll discuss these two in a section below), and even milk. In fact, THC and CBD dissolve more effectively in the fat from butter and milk when compared to water.

As you practice making your own marijuana tea, you’ll begin to intuitively learn how to make it as mild or as potent as you like. To get you started, here are five cannabis tea concoctions for your drinking pleasure.

We suggest sticking to the recipes to start so you gain some experience. After that, by all means, please experiment and tailor the instructions to your liking. Ready? Let’s go!

Four of the world’s oldest civilizations—China, Egypt, India, and the Caribbean—all used cannabis to treat illnesses and diseases. Let’s have a closer look at each culture and how weed was used.

Enter marijuana tea — like a regular herbal blend, but infused with cannabis. When brewed properly in a spot where marijuana is legal, weed tea can be delicious and effective.

How to use cannabutter to brew marijuana tea

Making marijuana tea isn’t just pouring hot water over marijuana leaves or flowers, however. Tetrahydrocannabinol (THC), the main psychoactive ingredient in weed, has a minimal presence in the leaves. The flowers, or buds, also won’t disperse much THC throughout the tea because THC has a very low solubility in water. You need a solvent to effectively infuse the THC in tea.

Cannabutter, a butter-based mixture infused with THC and other cannabinoids, is often used in marijuana edibles, and it’s just as helpful in tea. Once a batch of cannabutter is whipped up, it’s just a matter of adding it to a tea bag and letting the water brew the mixture.

Once you have a batch of cannabutter prepared, you can make a variety of marijuana-infused snacks within minutes. In this case, you’ll be using it for tea.

Scoop a teaspoon of cannabutter into a tea cup, add a tea bag of your choosing and pour hot water on top. Let the cannabutter fully dissolve throughout the mixture, and then remove the tea bag. Feel free to add milk, honey, cinnamon or any other ingredients to achieve your preferred taste.

Gather the ingredients, which are two sticks of butter, .5 ounces of cannabis, and two cups of water. The cannabis can be raw or ground, but it should be fresh off the plant.

Where to buy marijuana tea

Of course, if you live in a state that has legalized marijuana for recreational or medical purposes, you could try your hand at a cannabis tea shop. Dispensaries and cafes are opening around the country as marijuana law loosens.

Regardless of where you consume weed tea, you should be aware of the effects. Similarly to edibles, marijuana-infused teas take longer than smoke inhalation to feel its impact.

Typically, users report an onset of effects around 30-90 minutes, but it varies on tolerance, metabolism and a number of other factors. Additionally, the high experienced from drinking weed tea is much more relaxed and mellow. You’re unlikely to feel the anxiety-ridden “stoned” feeling smokers sometimes complain about.

You should be all set to enjoy of cup of weed tea now. It’ll keep your warm and hopefully pretty happy as well. Cheers.

You can find out How to make delicious marijuana cookies here!